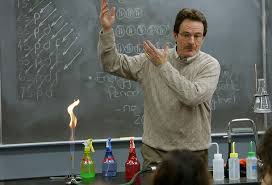 Bagley is considered the founder of Essentialism. Bagley went to college for education and earned both a Master’s and Ph.D. in psychology. In 1905, he wrote the Educative Process, which became a standard textbook for education on the basis of ‘the science of education’. He also is one of the co-founders of the Journal of Educational Psychology, a prestigious journal in the field of education, and Kappa Delta Pi, an honors society in education.

Bagley founded the Essentialist Education Society and wrote Education and the Emergent Man (1934).

Hirsch attended college as an English major at Colombia University and followed with a Ph.D in English at Yale University. He found that students lacked a foundation in basic history and that a basic comprehensive cultural history was needed in addition to formal decoding skills. Hirsch called this conceptual “cultural literacy”.

From 1991 to 1993, she was Assistant Secretary of Education under the Bush administration. She was responsible for the Office of Educational Research and Improvement in the U.S. Department of Education. Ravitch led the federal effort to promote voluntary state and national academic standards.

From 1997 to 2004, Ravitch was a member of the National Assessment Governing Board, which oversees the federal testing program. She was appointed by the Clinton administration in 1997 and reappointed in 2001. From 1995-2005, she held the Brown Chair in Education Studies at the Brookings Institution. Ravitch was a supporter of the No Child Left Behind Act of 2001.

She is the author of:

Reading and Writing and Arithmetic!

Lesson plans identify core concepts to be covered and use a variety of media (readings, lecture, videos) to present material. Lessons for younger students emphasize learning and memorizing facts. Higher grade levels are introduced to more complicated material and asked to apply a critical lens to the interpretation and meaning of material. For example, compare the lesson plans on historical American events for 2nd graders and 8th graders.

While second grade lesson plans for American history (such as learning about the Constitution) are based on facts and include limited interpretation, eighth grade American history plans (such as the 1960s)  include activities such as investigating Kennedy’s assassination, role-playing significant moments of the decade, and writing newspaper articles covering important events from that time.

Here are some visual examples of essentialist classrooms – I’m sure they’ll look familiar!

The Role of the Educator:

The Role of the Student:

What does it look like for the Sexuality Educator?

An example of a Sexuality-focused Essentialist Lesson Plan:

A lesson in basic anatomy, which through labeling and evaluation, establishes past knowledge and corrects myths.