It is nearly impossible to complete an educational program without some form of cooperative learning. If you have ever been a student, you have felt the instant dread and anxiety when the instructor announces a group project, and maybe you have also felt the excitement of picking your partners. Make no mistake, working with others generates learning on multiple levels and for multiple learning styles which is why it cannot be eliminated. It can, however, not go as well as planned.

Gilbert, Sawyer and McNeill (2011) named quite a few advantages to group work, including that it creates an active and interactive environment, and exposes learners to a variety of viewpoints. Some disadvantages they mentioned were that some individuals can dominate the group or the experience, the course of working together can lead to disruption, and the outcome can be unpredictable.

So how do you set yourself up for success as an educator, and make sure your students get the most out of group work? Here’s a little bit about what to do, based on what I wish I did not do.

Pairing group work and concept development is highly useful for many of the reasons Gilbert et al. (2011) identified, especially hearing the viewpoints of others. Also, even though it seems like our electronic devices hinder committing information to memory, we’ve actually been using our friends, family and colleagues to hold pieces of information for us all along. Check here for more on transactive memory, and how it is another rationale for cooperative learning.

In facilitating a workshop on gender microaggressions, I decided to pair group work with concept development. There were over 100 people in the workshop so I split the room roughly into groups of 20, and randomly assigned each group to the categories of cismen, ciswomen, transmen, transwomen, genderqueer, & gender non-conforming.

This is going to be great, I thought, and it was, but not without some hurdles that could have been avoided.

Each group accomplished the task of listing the ways people experience gender bias, but some people mentioned feeling uncomfortable speaking about a gender identity they did not identity as. More so, others mentioned feeling uncomfortable being spoken about. I’m familiar with group work outcomes being unpredictable, but I think there were several things I could have done to ensure that the participants had a more enjoyable experience.

Here is how you can take this experience and be more successful. First, when discussing topics in human sexuality, remember that people are at varying comfort levels. Not everyone has had a sexuality attitude reassessment (SAR) experience, and the chances of your topic being particularly charged, maybe even triggering, are very high. Granted, this was not a mandatory workshop and people self-selected to attend as well as to leave. The fact that people took care of themselves is a sign that there was an element of safety in the room, but how could it have been safer?

In hindsight, I realized that the exercise was too intimate for a large group. In other words, with that many people, we needed to do a less intense activity than talking about gender biases. Having 6 groups of 20 people was like teaching 6 classes at the same time. There was no way I could hear everyone, speak to everyone, and gauge whether we needed to pause for more process if something came up. In the future, I would definitely do this again, but with a much smaller group.

My rationale for not asking people to self-select their gendered category was that I didn’t want people to feel they needed to out themselves. Talk about triggering! I also didn’t want to set up an arena of judges, both internal and external, about people’s “realness.” We were at the Philadelphia Trans* Health Conference which is heavily attended by folks of all genders, and a time where one doesn’t necessarily have to don a label. Although, my expectation that conference attendees have a generally heightened awareness of gender biases might have set me up for conflict.

I tried to think of it as if we were at Creating Change, or a conference where race and ethnicity are discussed at length. If I had randomly assigned people to ethnic groups, how would people feel? As a person of color and as a feminist, I expect my allies to know something about my difficulty navigating certain spaces; as an educator, I expect myself to create a supportive environment where allies and community members can both learn. 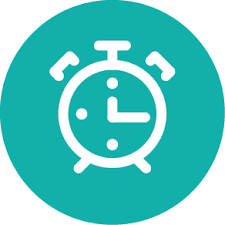 Another aspect of difficulty with the workshop was the limited amount of time. With only an hour and twenty minutes and a large group, it is best to keep the goals and objectives of the workshop to a minimum. Group work can still happen, but the level of depth will need to be adjusted. That is not to say that some people may take the material deeper, and that is going to happen, but as an educator it is important to steer the methods towards accomplishing the objectives. More time allows for more depth with both small and large groups, but even an hour and twenty minutes can be a constraint on a small group depending on the topic.